The vineyard and its land

Most of the vines under the “Appellation” in Cahors are planted on three different soil types. The vineyards in Parnac, the picturesque village enclosed by a meander in the river Lot, is no exception. 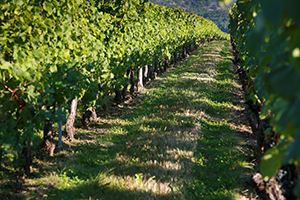 Having mostly been replanted from 1965-1975, the vineyard is today at its peak, able to totally express the nuances of taste from each of its soils.